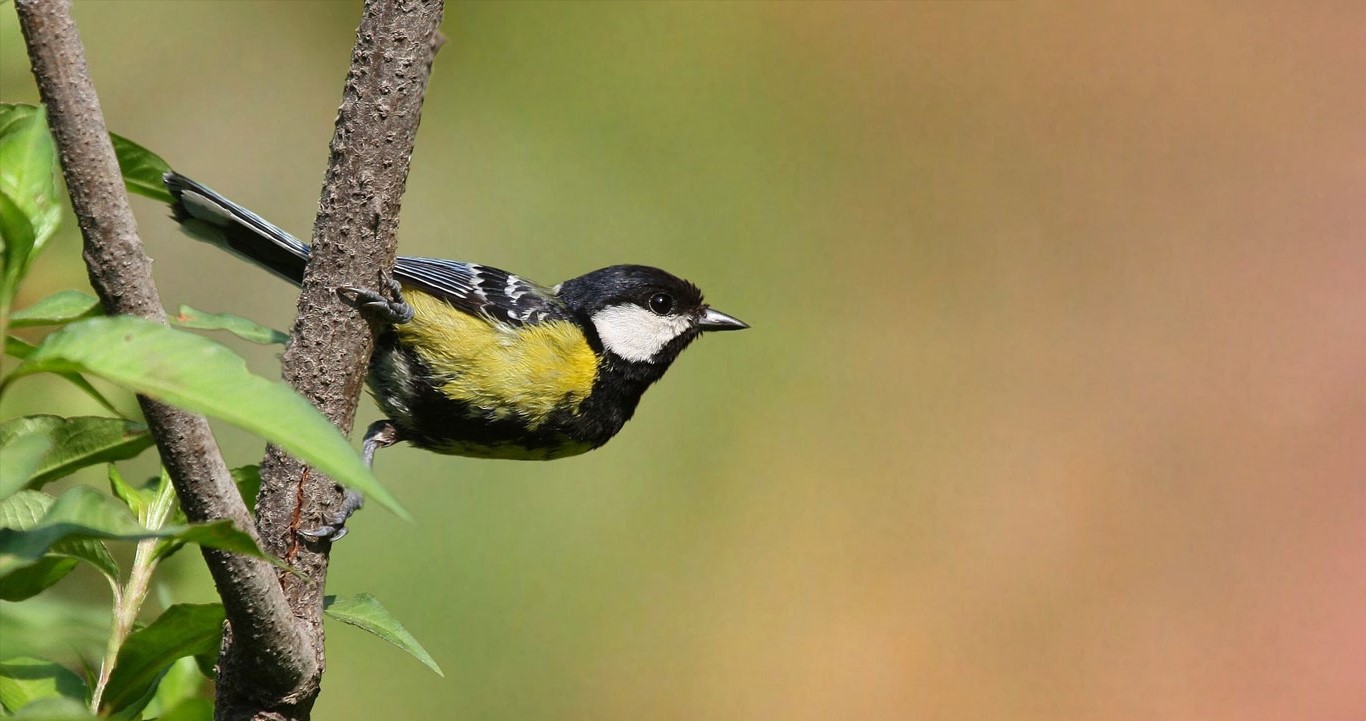 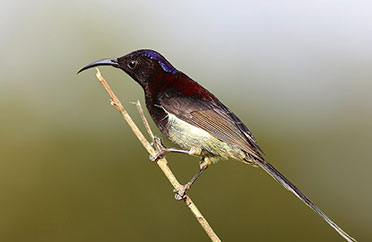 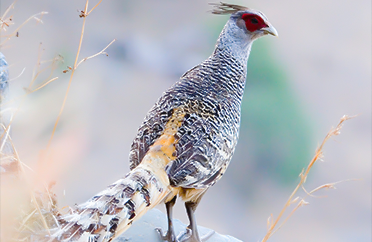 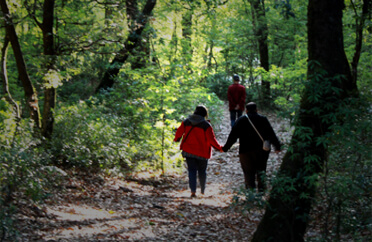 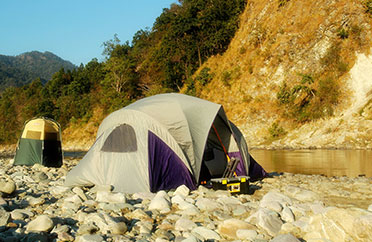 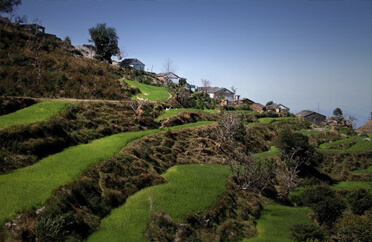 All Jungle reached the Anand Vihar Train station well in time. They had already introduced themselves and started talking to each other when I reached the station. After the train started moving and we settled down on our seats, I distributed the Pangot Handbook to each of them. The well-designed handbook contained all the useful information of our destination Pangot, along with the Jungle Lore Birding Lodge. More importantly, it also had brief profiles of every member on the trip to help them get to know each other at a glance.

We reached Haldwani station before the scheduled time of 11:40 am. Our cars were already waiting at the station. Also on hand were 2 extremely helpful drivers who helped us with the luggage and seating.

We reached Ittu Sa Restaurant at Chhoti Haldwani and after quickly freshening up, left for the Corbett Village. We visited Prem Singh’s Hut and the guide told us about the history of the Chaupal in front of the hut. The chapel was only one of the 4 built by Corbett to help the villagers get together and discuss community issues. But it is the only one that survives today. We got to handle the gun that Prem Singh used to protect his family from wildlife. We also visited the 6-foot high wall that Corbett helped the villagers build to keep the wildlife out. Interestingly, tigers learned to jump over the wall too at some point. The villagers’ rendezvous with wildlife like tigers, leopards, elephants, and wild boars continues even today.

We reached back to Ittu Sa Restaurant and had our lunch. We had requested Mohit’s staff to prepare food for Mr. Murthy without onion or garlic as per his wishes. We were pleasantly surprised to learn that they had prepared a lip-smacking satvik fare for all of us without onions or garlic. All of us ate like hungry wild boars and then somehow made our way to Corbett Museum. It was an eye-opening experience that awaited us there. To see where he used to sit out in the verandah, the tree in the courtyard which gave him a haunting experience one night, his gun cabinets, his living quarters, even the graves of his dogs – Robin and Rosina who accompanied him for hunting the man-eating tigers of Kumaon. The book written by him of the same name narrates how the Robin saved his life more than once.

We also visited the country’s first Iron Foundry and Water Flour Mill. From there, we were scheduled to go on a tiger safari on foot. But everyone was already tired. So the 5 km walking safari was chucked and instead we went on a 1 km walk to the river bed. I spent some time there with our feet dipping in the cold gushing water and then came back up to the road to cups of refreshing tea.

We left for Pangot after this, singing songs on the winding mountain roads with crisp cool air ruffling our hair. We reached Jungle Lore Birding Lodge well in time for dinner. The food again was a revelation. After a bit of chit chat, we retired to our rooms.

The next morning, we gathered at the dining room at 6 am for tea and biscuits before heading out for birding. We drove down to Cheer Point and then trekked further up. Even though we couldn’t spot Cheer Pheasant, we saw Minivets, Niltavas, Barbets, Woodpeckers, Magpies, Flycatchers, Hawk Cuckoos, Drongos, Tree Pies, Himalayan Bulbuls, Green Backed Tits, Warblers, Rufous Sibias, Purple Sunbirds, etc. We kept stopping on the way back too because we kept spotting birds by the side of the road.

After lunch at Jungle Lore, we went for another round of bird safari. Though we couldn’t spot anything, we came back invigorated from the walk. A few of us in the meanwhile had trekked to China Peak. And by the time we reached back, they had reached and were busy playing cards. An hour of fun and then we moved to our bonfire area for an informal innovative networking session over vodka, French fries, and hot piping pakoras! The session ended with each one of us stating what kind of help do we need from others. And how we can help. It was supposed to be just a one-hour session but went on for three! It was only at 10 pm that we moved for dinner. That too, after repeated reminders from the Jungle Lore staff that it was getting cold.

We came back out after dinner as I had an announcement to make. When everyone had gathered. I announced to them our partnership with the Wildlife Trust of India. Over a round of clapping, we lit up some wishing lanterns and set them free.

The next morning, we went to watch the sunrise. And after watching that celestial miracle and basking in the first rays, we went to Cheer Point where we had the good fortune to spot a pair of Cheer Pheasants. We also spotted Koklass and Khaleej Pheasants on the way up in early morning light.

Came back to a sumptuous breakfast. We requested the lodge to pack us some lunch too. Some of us liked the food on the trip so much, that they requested for dinner as well as the next day’s breakfast to be packed.

After breakfast, the jungles gave us video testimonials. And all of us also gave a standing ovation to the staff of Jungle Lore Birding Lodge for taking such good care of us and serving such amazing food.

We shared the pictures on the train journey back and promised to stay in touch and keep helping each other to grow in their business by generating referrals and advice.